Inherited IRAs: What You Should Know

Inherited IRAs: What You Should Know

The rules and consequences of IRA beneficiary arrangements are complex. 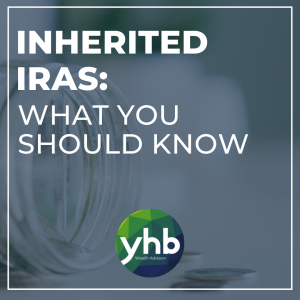 The rules pertaining to Individual Retirement Account (IRA) beneficiaries are complicated. Here is a quick look at the limitations the Internal Revenue Service (IRS) places on the beneficiaries of IRAs.

Inherited from spouse. If a traditional IRA is inherited from a spouse, the surviving spouse generally has the following three choices:

Like the original owner, the beneficiary generally will not owe tax on the assets in the IRA until he or she receives distributions from it.

If paid as an annuity, the entire interest must be payable over a period not greater than the designated beneficiary’s life expectancy and distributions must begin before the end of the calendar year following the year of death. Distributions from another Roth IRA cannot be substituted for these distributions unless the other Roth IRA was inherited from the same decedent.

If the sole beneficiary is the spouse, he or she can either delay distributions until the decedent would have reached age 70½ or treat the Roth IRA as his or her own.

When a traditional IRA is transferred into an inherited IRA, there are RMD rules to follow, set by the IRS. Your options for taking distributions from the IRA are based on when the original IRA owner died.

If the original IRA owner died before December 31, 2019, and

If the original IRA owner died on or after January 1, 2020

The wide array of complexity can easily lead to confusion for an IRA beneficiary. Therefore, if you are an IRA owner or have been named an IRA beneficiary, it’s important that you become aware of the various rules and tax consequences of IRA beneficiary arrangements. Feel free to contact us if you have any questions.

YHB Wealth Advisors has joined Glass Jacobson Wealth Advisors! This means we will gain additional capabilities and resources through GJ Wealth Advisors. We are thrilled to be able to leverage an even larger network of resources for you. Please visit us at GlassJacobson.com to learn more about our new services.